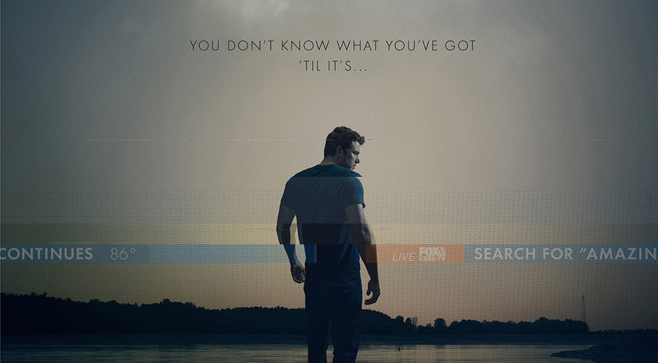 The musical soundtrack in a movie can completely change the way you perceive it. But you probably already know that. What might be a surprise, is that the opposite can also be true. The movie can totally change the meaning of a piece of music. Of course, you can associate music to a special moment in your life. I’m not talking about that. Recently I saw a very good example of what I mean. Let me explain.

According to this article in the Wall Street Journal, the music for Gone Girl (composed by Trent Reznor and Atticus Ross) was inspired by a visit to a massage parlor.

“He (David Fincher, the director) said, ‘Think about the really terrible music you hear in massage parlors,'” says Reznor. “The way that it artificially tries to make you feel like everything’s OK. And then imagine that sound starting to curdle and unravel.”

The flashbacks in the movie start out with a way too soothing piece of music called ‘Sugar Storm‘, as the title rightfully suggests. From that point on this piece of music slowly starts to unravel, with increasingly more ‘glitches’ in it. ‘Perpetual‘ still contains fragments of the slow piano, but otherwise exists of a glitching and repeating synthesizer. The dread becomes more and more prominent. Towards the end of the movie, the situation has totally changed (I won’t tell you how, go see the movie). What is interesting however, is that ‘Suger Storm‘ returns. It’s the same piece of music, but the meaning has completely changed.

This is one of the instances where the music in a film doesn’t change the meaning of the visual aspect, but the other way around. What you’ve seen has totally changed the meaning of the music. In the beginning of the movie, it’s clear that there is something not right. It feels a bit off. But at this point, we know things aren’t right. And that makes the music, and thus the scene, much more creepy. The music doesn’t just tell you what you already know, it assumes that you get the irony of it. It’s a bit like the use of a music box in a horror film, but more subtle.

The soundtrack also uses more ‘settled’ ways of achieving dread. ‘Consummation‘ sounds a lot like the thumping music in some very tense scenes in Breaking Bad (spoiler if you haven’t seen the series yet!). Or perhaps even the notorious ‘BWONG’ (Google that one yourself) from Inception, albeit an electronic variant.

Good directors seem to know exactly what music can achieve in their films, together with the composer(s). They’re usually also very aware of existing music. David Fincher is a good example of this. Others are Paul Thomas Anderson, the Coen brothers and of course Stanley Kubrick.