Let’s talk about samples. Not the little taste bits in the supermarket, not the things you’d find in a digital audio file. Not even the bits of song used in a different song. But we’re getting closer. I want to talk about sample libraries.

With hard drives getting bigger and computers getting faster, it’s now easier than ever to record almost every note and variation from for example a violin and play all these samples back on the computer, using a MIDI piano keyboard. While the difference between a real and a sampled instrument used to be quite obvious to tell, it is now sounding closer and closer to the real instrument.

Of course, a violin is played very differently from a piano. So you would say it doesn’t make much sense to play it that way. And you’re right, it doesn’t. But it’s fast, and it’s cheap. Sample libraries can be pretty expensive, but in the long run much less so than hiring musicians and getting all the equipment to record them. The more musicians, the cheaper samples become, relatively. Because it’s so much cheaper and quicker, samples are very often used in music for TV series, pop songs, and increasingly so for movies, too. Even for movies with huge budgets. It’s not all about budget, though. It is very impractical to record music while composing it, but the director of a movie might need to get an impression of how the music is going to sound when it’s finished. Samples can do that, at least to a large extent. That’s why samples make for a good music demo.

In some cases these mock-ups end up being used in the final product. Sometimes the samples are combined with real instruments, to create something that’s impossible to achieve with real instruments alone. Sometimes there just isn’t enough time or money to go out and record it all. And why not? If you can hardly hear the difference anyway, let alone less well trained listeners.

But there are limitations to samples. Small ensembles are very hard to recreate, that’s why samples are used most often in big orchestral scores. A real player can give meaning to a piece of music. This is most prominent in the details. A little accent, a slightly different position on the instrument, late timing here, early timing there, evolving vibrato, a little portamento, the sound of keys or breathing. And so on. All these little details make a performance. You might call this the intent or expression of the player.

I feel that samples are becoming a bit problematic. They are now used all too often. I think people do hear the difference between a fake MIDI instrument and a real instrument. You might not be able to tell what the difference is, but you can feel it.

To make things a bit more concrete, here is an excerpt from a piece of music I recently recorded with Manja Okkerse (violin, viola), Gerda Marijs (cello) and Arjan de Wit (production) at our Room Service Music studio and the MIDI version of the same part. The music is for The Parting Glass, a short film by Alexander McNeill. For a good comparison, please listen with headphones or proper speakers.

The real version, with 3 violas and 3 celli:

In the MIDI version there is no control over the bow changes, which in this case works fine. Most notable might be the weird sounding glissandi. This isn’t something you find in those sample libraries, so I had to use pitch-bend for this. This changes the pitch, but also the sound of the instrument itself. It’s as if the instrument becomes bigger when the pitch goes down and smaller when it goes up. These glissandi are also a little too perfect. It’s very hard to make a glissando over such lengths of time, so this is much more organic in the real recording. Real instruments usually have a much larger dynamic range, too. And a note that’s difficult to play can sound difficult as well, which makes it more impressive. 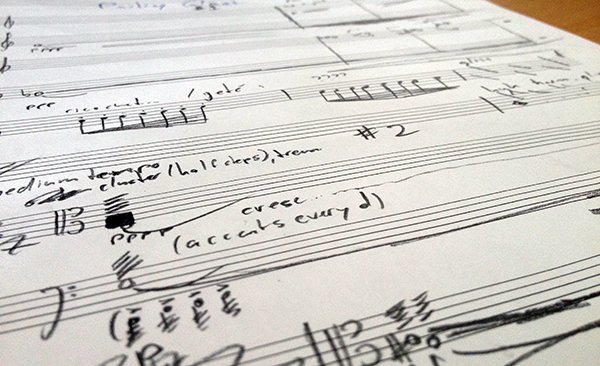 I didn’t have much control over the sound of the samples either. To mask all the obvious sample trademarks, I used a lot more reverb than I wanted. For the real version I went with less reverb, and a more intimate sound. I still added a little bit of reverb to make the instruments speak more.

All in all, real instruments give a lot more character and expression to a piece of music. Even if you don’t hear the difference, you will still feel it. While samples can provide a cheap solution for small budget productions, it’s becoming more common to reserve less money on the music, even in bigger productions. To me, artistic value is a lot more important, and I think there’s always a way to record live instruments, even with smaller budgets. If you want to get your production to a higher level, real music can make the difference.